Paddlefish prefer the open waters of free flowing, un-channelized large rivers. In South Dakota, they also occupy the large impoundments and free-flowing reaches of the Missouri River. They feed on plankton.

The paddlefish has a tubular shaped body with a large paddle-shaped snout. They lack scales and teeth and the tail (caudal) fin is forked and unequally divided. 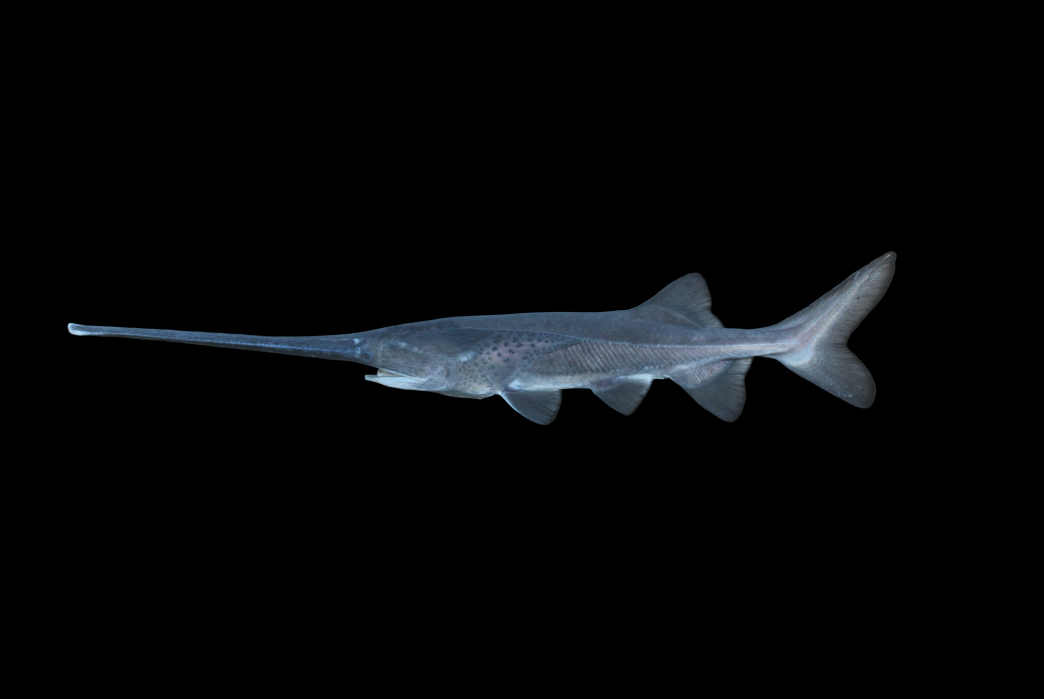 A limited number of licenses are available to both residents and nonresidents to either snag or use archery equipment to take on of these large fish between Gavins Point Dam and the Big Sioux River during the month of October.

A limited number of licenses are available for residents only to snag a paddlefish during the month of May.

Only legal size paddlefish taken during season are eligible for award. 50 lbs and 45 in (released fish only)