Muskellunge are a slender, torpedo-shaped fish with a “duckbill” shaped snout filled with sharp teeth. They have scales only on the upper portion of the cheeks and have six or more sensory pores on the lower jaw. Their body has dark bars or spots on a light colored background. 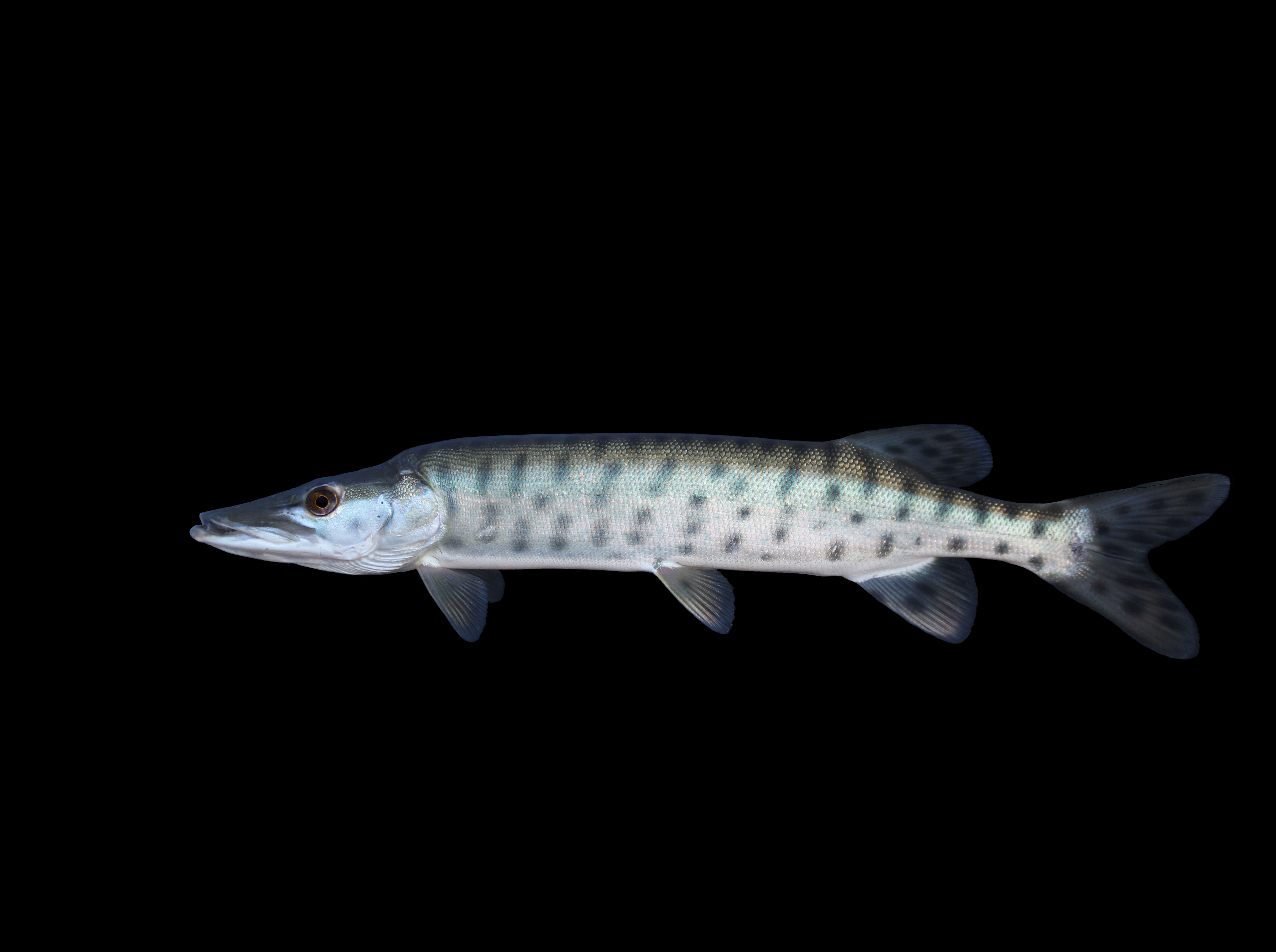