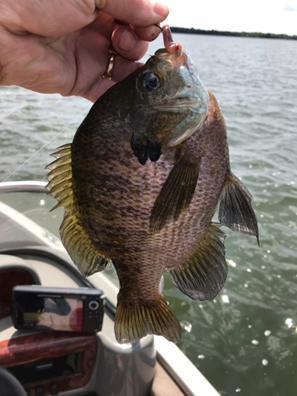 Periods of high harvest have raised concern from anglers primarily about the size of fish available for harvest. The impact angler harvest may be having on population dynamics is unknown.

Bluegills > 6 inches will be tagged at each lake. Tags will consist of non-reward tags and $100 reward tags. The tags will allow for estimating population abundance and estimating the percentage of the population harvested each year (exploitation). 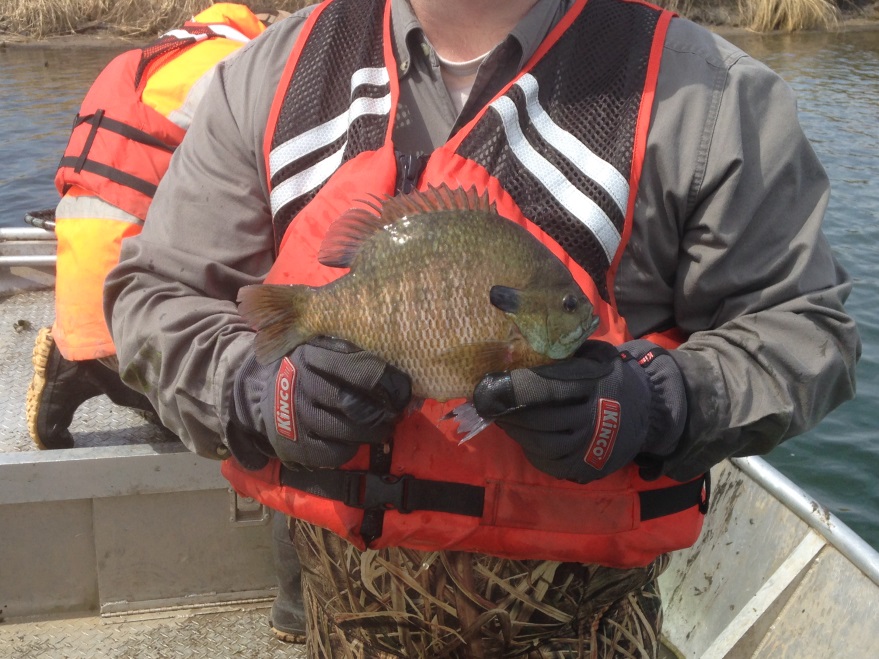 An angler use and harvest survey (creel) will occur at each lake. This survey will provide estimates on fishing pressure directed at bluegills, the number of bluegills caught and harvested each year, and the size of bluegills harvested.

A standard trap net survey will be completed at each lake and each year of the study. Data obtained in the standard survey will provide information concerning bluegill population size structure, condition, age and growth, mortality, and recruitment.

Information gained from all parts of the study will be used to model bluegill population dynamics and to estimate responses to a variety of potential harvest regulations. 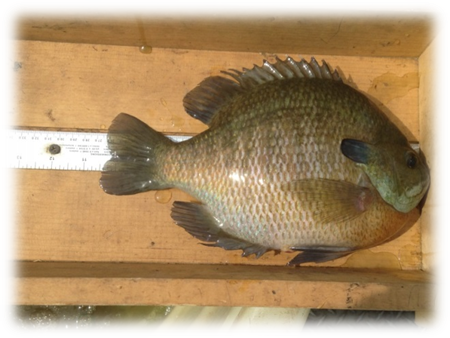 Physical proof is needed for a reward to be paid. A picture of the tag showing the reward tag number can be included with the online form at http://tags.sd.gov or the tag can be presented to South Dakota Department of Game, Fish and Parks (GFP) staff at the Webster GFP office (603 East 8th Ave, Webster, SD).

Anglers are encouraged to leave tags in bluegill that are released so that additional information can be gained from that fish. The tag number should still be reported for fish that are released.

Each reward tag will be paid only once during the study; reward payments will not be made on fish caught after December 31, 2025.

Pickerel Lake replaced Clear Lake in the study because of current status of bluegill populations.

Summer creel survey not completed because of COVID concerns. 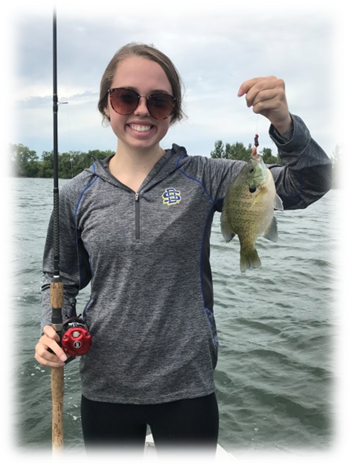 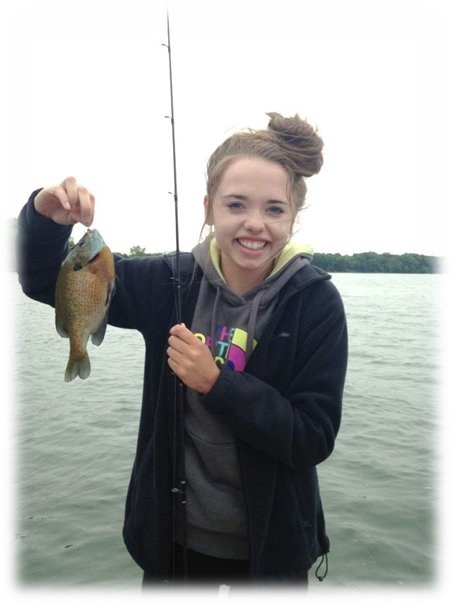