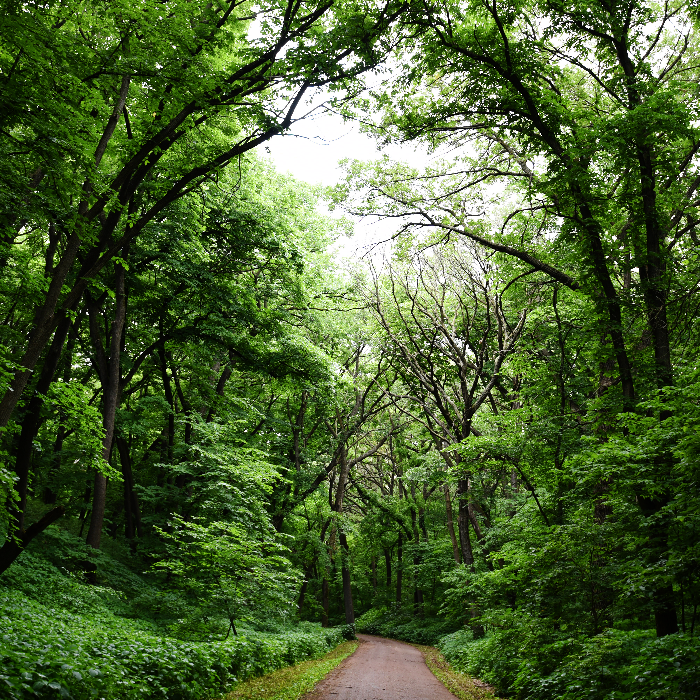 Newton Hills State Park was named after William Newton who settled in the area in the 1850s. Newton's wife was a mid-wife; until the 1870s, she was the only European American north of Vermillion who could deliver babies and cure the sick.

Glaciers created this narrow strip of rolling hills and forest that is part of the geological formation called the Coteau des Prairie, which extends along the eastern boundary of South Dakota. At its highest point, the Coteau rises to more than 2,000 feet above sea level. Artifacts and burial mounds found near the park indicate that a Woodland Indian Culture inhabited this region between 300 B.C. and 900 A.D. The area's unique dark forest, amidst a vast open prairie, has prompted many recent legends, including buried gold, robbers' hideouts and horse thieves.

Over 200 species of birds visit the area each year. White-tailed deer, wild turkeys, marmots, rabbits, red and gray fox and squirrels are also found within the park. Between October 1 and April 30 each year, bow hunting is allowed in the park. Hunters will not be using the high traffic areas located near the hiking trails. Uncased bows and firearms are not allowed within the campground and picnic areas.

The modern lodging accommodations at Newton Hills offer increased comforts in an outdoor setting any time of the year.
Show More