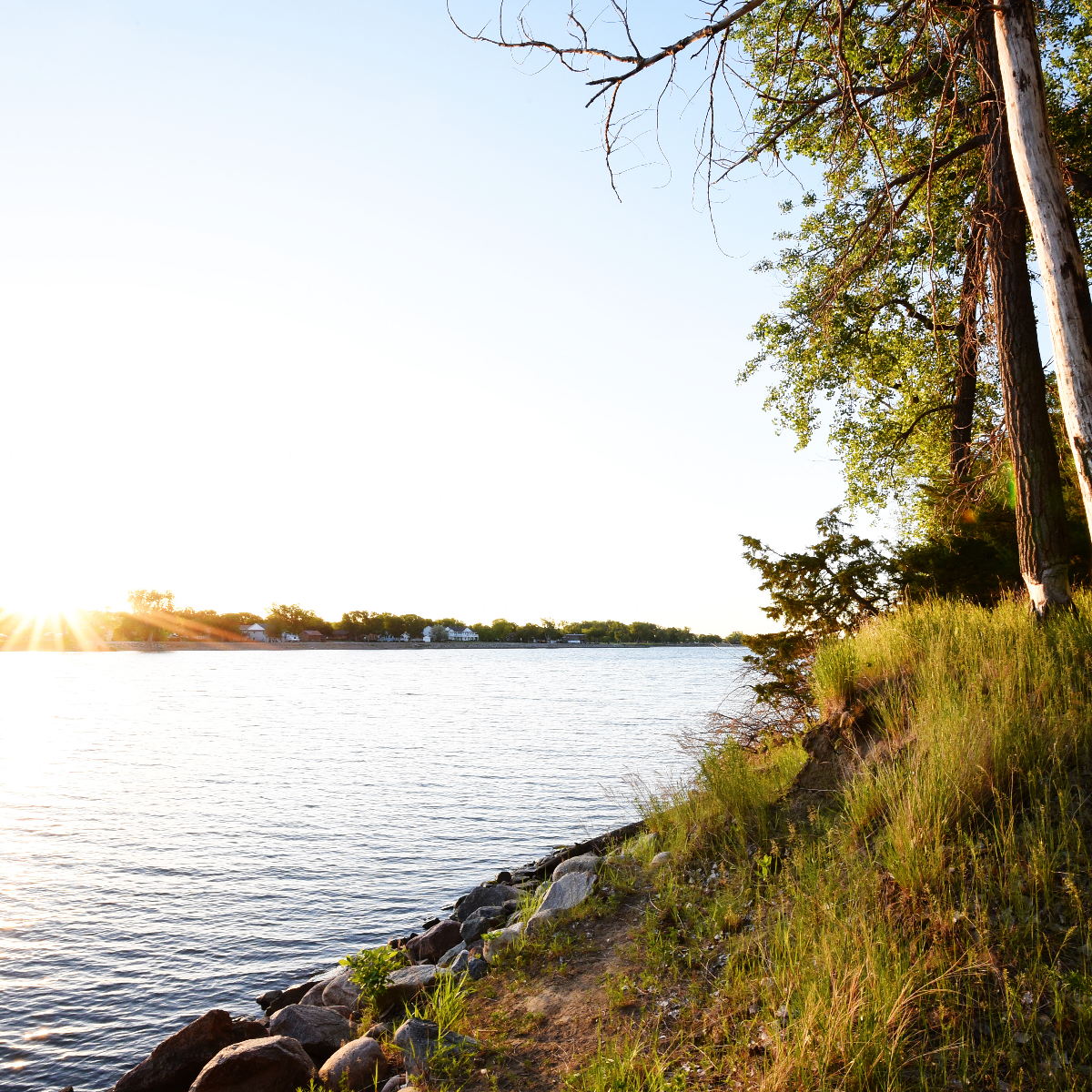 LaFramboise Island Nature Area is a unique area along the Missouri River. The island is covered in trees and meadows, which are home to a variety of wildlife and bird species.

The island was recorded in the Lewis and Clark journals when they passed through the area in 1804. They saw many elk and buffalo on the island and called it "Good Humored Island" in reflection of their good spirits that day. In contrast, further up the river the next day they had a tense encounter with the Teton Sioux. The group's campsite location that night was fittingly referred to as "Bad Humored Island," which is no longer there today. The island's current name is attributed to Joseph LaFramboise. He built Fort LaFramboise at the mouth of the Bad River (west of the island). In later years, parts of the island were farmed.

As upstream dams changed the water flow in the Missouri River in the mid-1960s, the tree habitat on this sand bar island has changed to include species such as cedar, ash and Russian olive. Native cottonwood trees are also part of the island landscape, and once flourished due to the once natural flooding of the river.

Directions: Southwest side of the city of Pierre