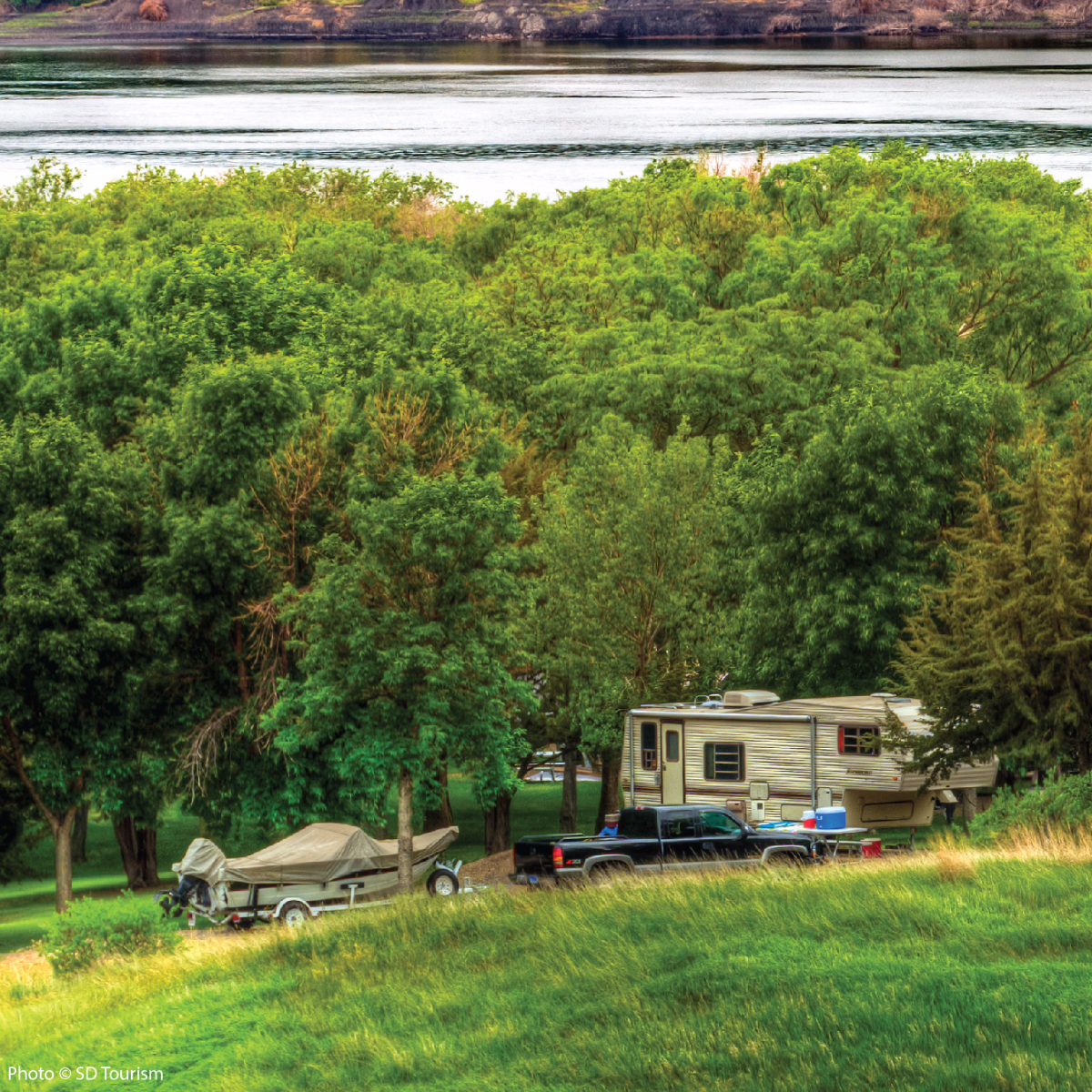 Lake Francis Case draws visitors to Snake Creek Recreation Area. The park is popular with boaters and anglers, as well those looking for scenic beauty along the Missouri River. History buffs will enjoy knowing that the Lewis and Clark expedition traveled through the area, where they were told to watch for "burning bluffs" along the river.

The Lewis and Clark expedition has forever left its mark on this area with the story of Private George Shannon. Shannon, the youngest member of the expedition at 19 years old, became lost when he was sent to fetch strayed horses. Thinking the crew had moved up river, Shannon raced to meet the boats. When he was found exhausted and starving two weeks later, he quickly learned that the expedition had been downstream from him the entire time.