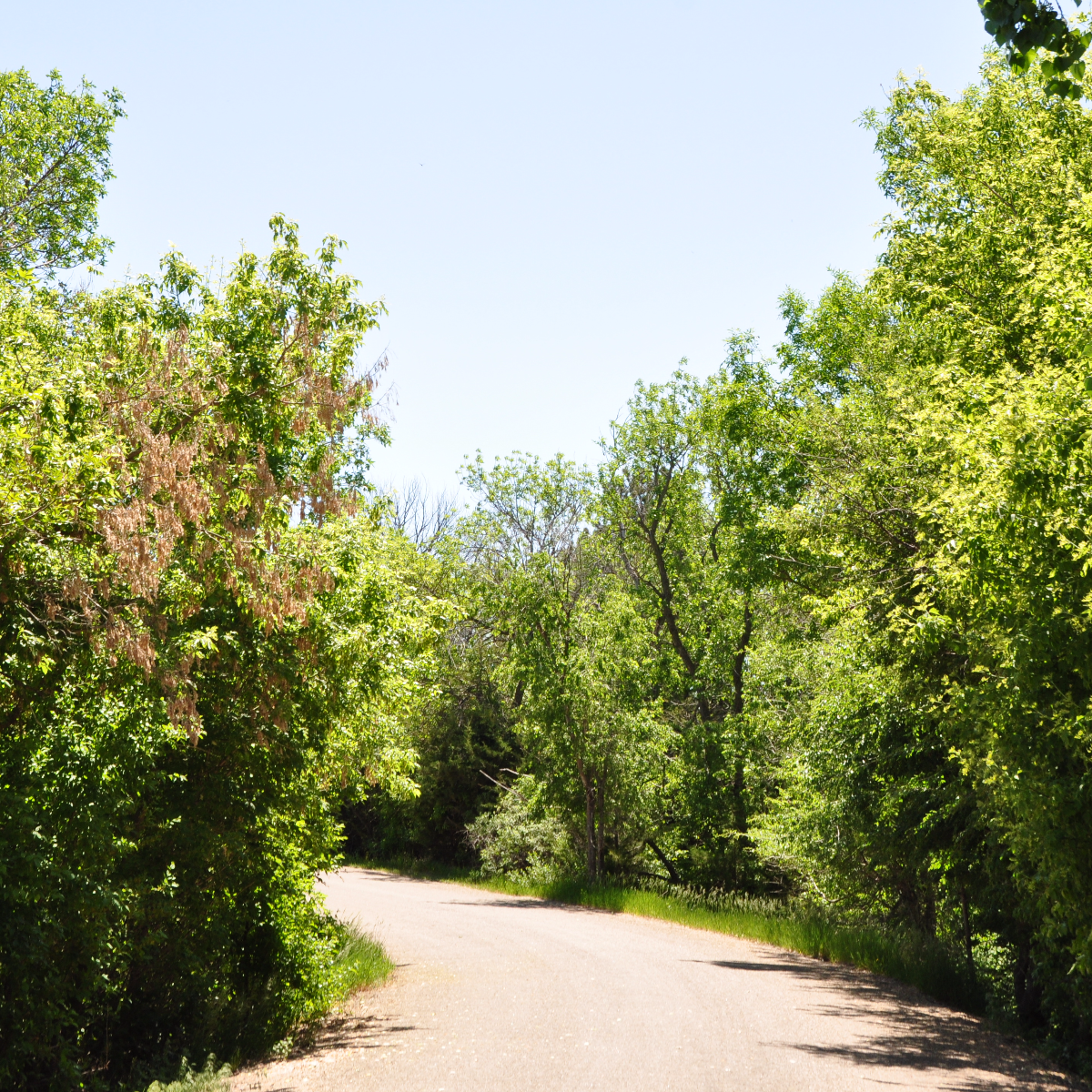 NOTICE: Reserve camping now on Go Outdoors! Primitive camping is currently available. Hiking trails, playground, and picnic shelter are open for day use. Lake and dam have not been restored.

Melting glaciers carved the valley of Hiddenwood Creek. Traditionally, this area was home for several American Indian tribes. Early explorers crossed this area on their way between Big Stone Lake and the Rocky Mountains. The first European settlers named the area because no trees were visible on the vast prairie until they reached the crest of the hills overlooking the valley. In 1927, the Department of Game and Fish used a new technique called an earthen dam to make Lake Hiddenwood, one of the first artificial lakes in South Dakota. The park was closed in May of 2018 after a flood washed out the dam and the park entrance. In summer of 2022 the park entrance road was redone. The 1927 dam has not been rebuilt. The park is great for hiking, picnics, and primitive camping.