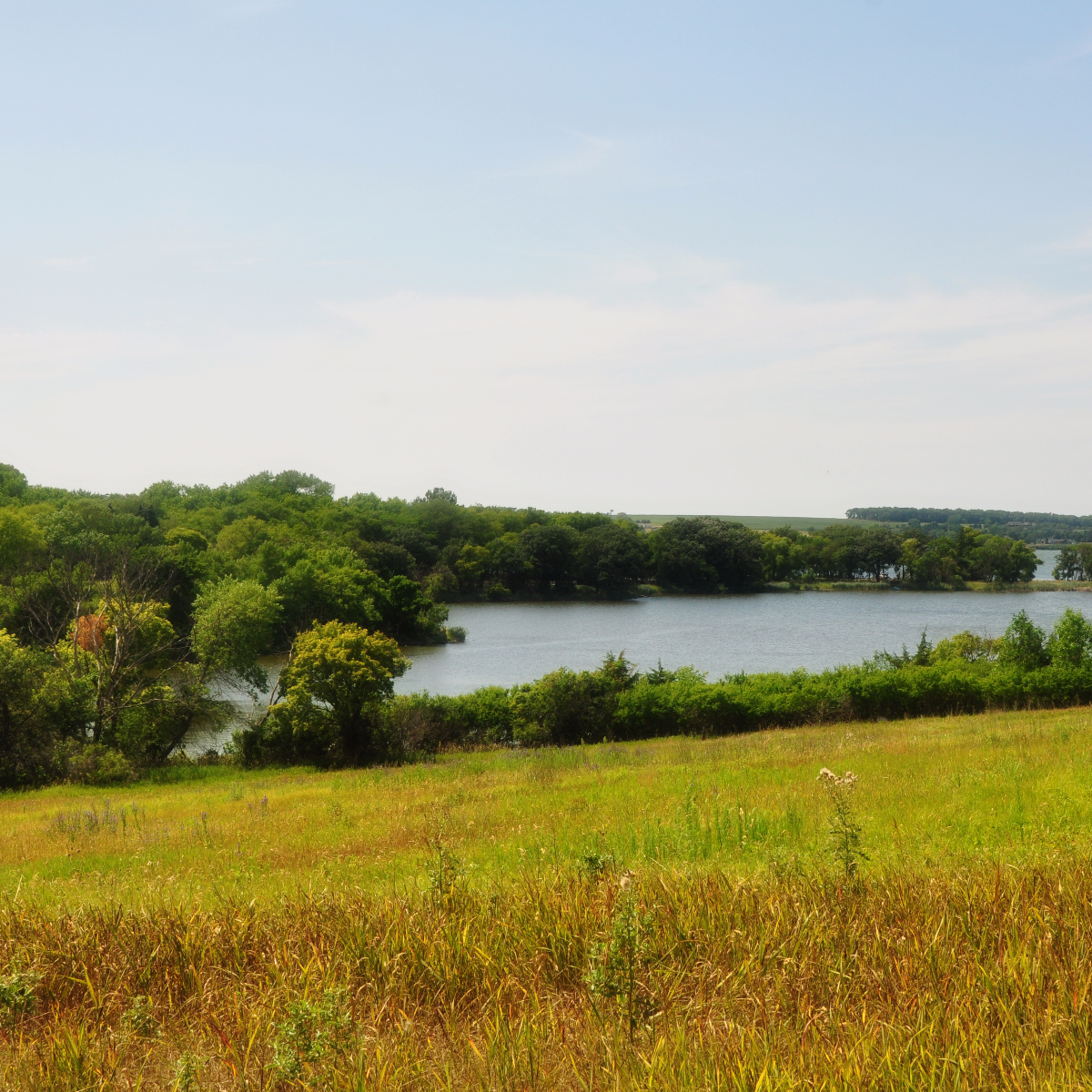 Melting glacial ice formed this 1,350-acre lake thousands of years ago. Lake Herman State Park is located on a peninsula and offers visitors spectacular views of Lake Herman. Camping, boating, fishing, and cross country skiing are favorite activities at the park. Observe wildlife in the native oak woodlands and prairie grasses that inhabitat a variety of birds and animals.

Lake Herman has been a popular campsite for hundreds of years. Before white settlers entered the region, it was popular among Native Americans traveling to nearby Pipestone quarries.

The first settlers at Lake Herman were Herman Luce and his son, William. They settled the timberland on the east side of the lake and assumed squatters' rights on June 17, 1870. The log cabin in the park was built for Herman Luce in the summer of 1871. The cabin is made of sturdy oak logs hand hewn to fit snugly and chinked to keep out the cold.

Luce's cabin briefly served as a U. S. Land Office, with Herman Luce in charge. In 1977, the Herman Luce Cabin was placed on the National Register of Historic Places.