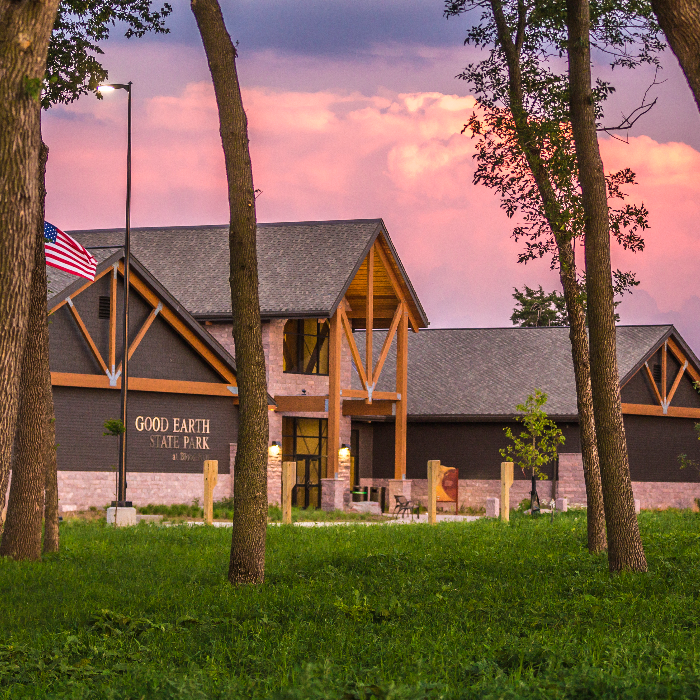 Good Earth State Park southeast of Sioux Falls is an important cultural and historical site as well as a unique nature retreat adjacent to the most developed and populated part of our state. The site itself is one of the oldest sites of long-term human habitation in the United States. The river, abundant wildlife, fertile flood plains, availability of pipestone (catlinite) and protection from winds made the area an important gathering place for seasonal ceremonies and a significant trading center for many tribal peoples from 1300-1700 A.D.

During this time, occupants were primarily Oneota Tradition Peoples, including Omaha, Ponca, Ioway and Otoe, but many other tribes were attracted and participated in trading agricultural product as well as hides, pelts and pipestone (catlinite).

From the intersection of 57th Street and Highway 11:

November 2022 | There are lots of new and exciting programs happing this fall and winter at Good Earth State Park. Hope to see you at the park soon!

South Dakota Game, Fish, and Parks is seeking input on several development concepts for how state park property might be managed and developed for recreational use in the future.

Public comments will be accepted through February 6.