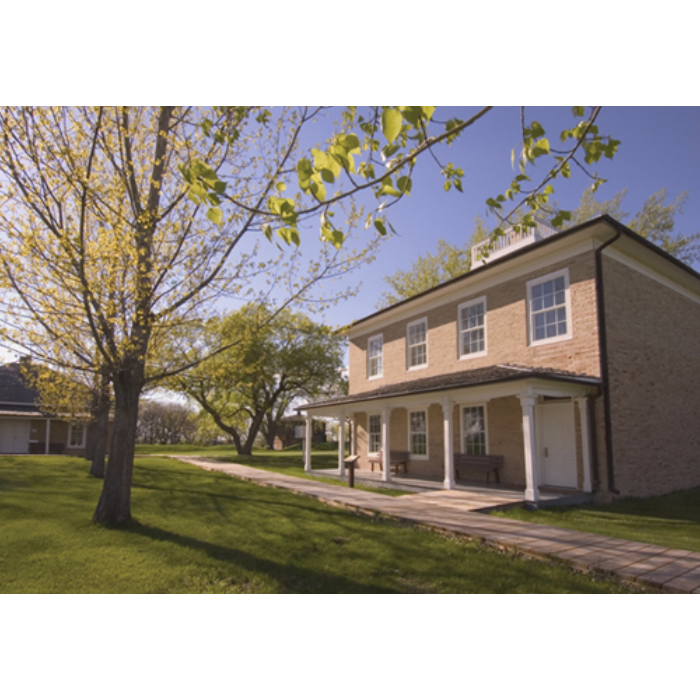 Named after the nearby Sisseton Indian Tribe, this historic fort is now a picturesque state park that unfolds the area's past.  Walk the grounds where the officers' quarters, stone barracks, powder magazine, guard house, and other buildings that remain from the time of the western frontier.

This 1864 fort, atop the Coteau des Prairies (or hills of the prairies), was originally a frontier army outpost called Fort Wadsworth.  The site was chosen because it provided a strong natural defense, an ample supply of lime and clay for making bricks, an abundance of lake water for drinking and a thick stand of trees for timber and fuel.

Join the festivities for entertainment, culture and history during the annual Fort Sisseton Historical Festival.  The festival features period entertainment and activities and attracts thousands of visitors each year.

Directions: Hwy 20 to Hwy 25, follow it all the way to Eden. Turn into town (Broadway Ave/122nd St) and keep going west 5 miles. Turn north on 434th Ave and go 3 miles. You will see the fort on your left. Use north entrance.

During the first full weekend in June, cavalry troops and infantry units converge on the fort's grounds to form a military encampment for the Historical Festival.

Facilities at the fort can accommodate everything from small meetings to large elegant weddings.

The Fort Sisseton Commission provides a mechanism for citizen input on issues pertaining to management and preservation efforts, serves as an advisor on planning and design issues dealing with restoration and interpretive projects, and stresses a local perspective for the fort's restoration, thereby maintaining historic integrity. Meeting information