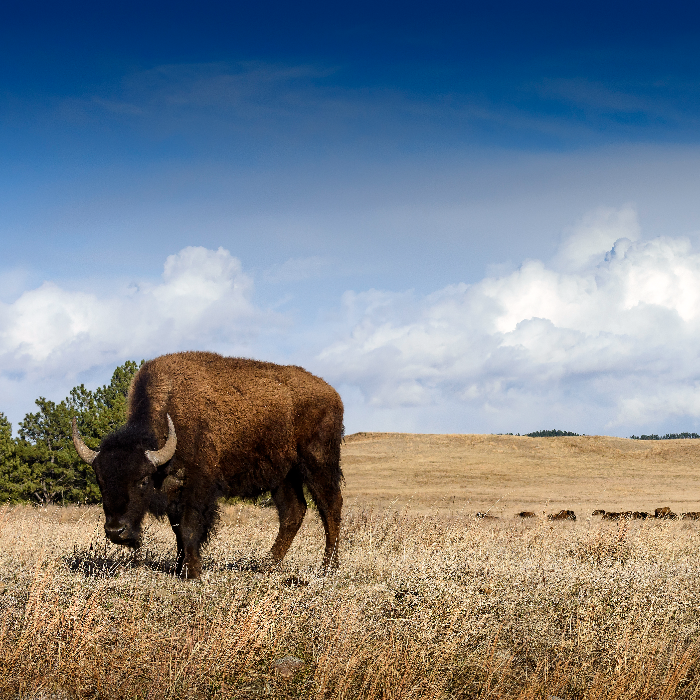 CUSTER, S.D. - The 2017 Custer State Park Fall Classic Bison Auction will be held on Saturday, Nov. 18, at the park’s visitor center where approximately 272 head will be available for sale.

The video and online auction will begin at 10 a.m. MST at the Custer State Park visitor center, located 15 miles east of Custer on Highway 16A, near the junction of the Wildlife Loop Road and Highway 16A.

“This is the second year that we will be doing a video auction for the annual sale,” said Chad Kremer, buffalo herd manager. “It speeds up the auction and reduces stress on the animals, as we can just sort and load them instead of running them through the ring.”

The internet auction, going on its sixth year, has helped reach buyers that wouldn’t have been reached in the past.

For the past 52 years, the park has made its surplus bison available for sale to the private sector. A significant amount of park revenue comes from the bison sale and goes toward continued operations of the state park system.

For additional information about the upcoming bison auction, contact Custer State Park at 605.255.4515 or email questions to CusterStatePark@state.sd.us.