Located off Highway 16A just inside the park's west entrance.

In the summer of 1874, an expedition led by Lt. Colonel George A. Custer discovered gold in the Black Hills. Under the 1868 Treaty of Fort Laramie; however, this region belonged to the Plains Indians, and white settlement was prohibited.

Word of the discovery spread quickly, and a group of gold seekers from Sioux City, Iowa moved into the Black Hills the following winter. Upon their arrival, the Gordon Party built a log fortress on the bank of French Creek to protect themselves from possible Lakota attacks.  The party's stay was short lived and not very profitable. Within five months, the US Cavalry removed them from the Black Hills.

Following their eviction, a flow of fortune seekers came to these newly discovered mountains of gold. It was more than the army could control and within two years, nearly 10,000 settlers illegally inhabited the Black Hills.

Today's Gordon Stockade is the third replica built on the original site. The first was constructed by the citizens of Custer in 1925.  In 1941, the Civilian Conservation Corpsmen from Camp Narrows rebuilt the entire structure. Through the years, the outer walls and cabins weathered away until the park had to close the Stockade in the late 1990s due to visitor safety concerns.

Because the Stockade played a role in the history of the Black Hills, the park formed the Gordon Stockade Advisory Committee to help direct the long-term outcome of this historical landmark. Working together, the park and local advisory committee secured funding to once again reconstruct the Gordon Stockade.

Today, as you approach the Gordon Stockade, interpretive signs tell the story of this short-lived illegal occupation during the winter of 1874 into 1875. 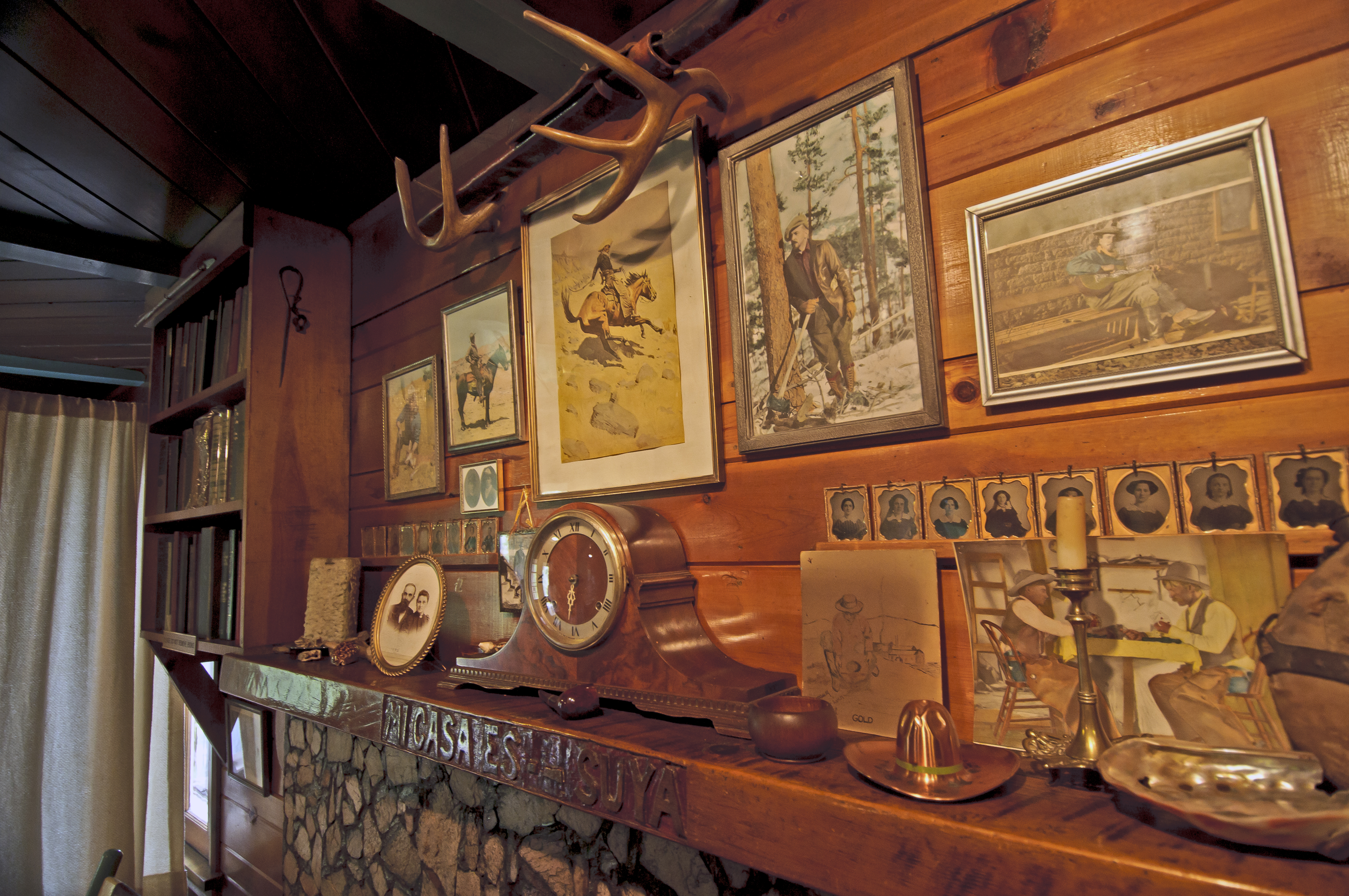 Located south of US Highway 16A on Badger Clark Road.

There's a cabin in Custer State Park affectionately known as the Badger Hole. This cabin was home to one of the park's most colorful historic characters.

Charles Badger Clark was honored as South Dakota's first poet laureate. He lived in the park for the last 30 years of his life. The stories of Badger Clark, his life, and poetry are stories of a man living an independent life.

Clark built his home, the Badger Hole, near Legion Lake. Within this cabin, he wrote poetry, read from his extensive library, and wrote letters to his many fans. He lived there until his death in 1957 at the age of 74.

Today, the Badger Hole remains much as it was when Badger lived there. As you walk through the doors of the Badger Hole, or wander along the Badger Clark Historic Trail, you walk back into a place and a time of a man who lived and shared a simple life.

Open: if the gate at the base of the Mountain is open, visitors may proceed to the top.
The road leading to Mount Coolidge is generally open 9 a.m. - 5 p.m. from Memorial Day into late September.

Restrictions: The road to the top of the Mountain is gravel and very narrow. Oversized vehicles and campers are not allowed.

At 6,023 feet Mount Coolidge is the highest point in the central part of Custer State Park. This historic Fire Tower was one of the last projects completed by the Civilian Conservation Corps in the late 1930s.

The Mount Coolidge Fire Tower is still actively used today as a fire lookout and dispatch center for Custer State Park operations. A 1.2 mile gravel road leads to the summit where visitors can take in a panoramic view of the surrounding Black Hills. Witness sites such as Mount Rushmore, Crazy Horse, the Needles, and on a clear day the Badlands some 60 miles to the east.

Interpretative exhibits on the outside deck tell the story of the Galena Fire in 1988 that burned approximately 16,000 acres in the park.