Where Does CWD Occur?

Where is CWD found?

CWD was first described in a Colorado Division of Wildlife captive deer research facility in 1967 and a few years later in a similar Wyoming research facility. CWD was first identified in South Dakota in 7 captive cervid herds in the winter of 1997-1998. CWD was identified in captive cervid herds in Meade and Clark counties in 2019 and a captive elk in Custer County in October 2020. CWD was first found in free-ranging wildlife in a white-tailed deer in Fall River County during the 2001 big game hunting season. In South Dakota, CWD has been detected in free-ranging wildlife in Bennett, Buffalo, Butte, Corson, Custer, Fall River, Haakon, Harding, Jackson, Lawrence, Lyman, Meade, Mellette, Pennington, Perkins, Stanley, Sully, Tripp, and Ziebach counties, Custer State Park, and Wind Cave National Park. A map of the known distribution of CWD within free-ranging deer and elk can be found at the bottom of the page under "Related Maps".

The map below illustrates where CWD has been confirmed by county in South Dakota. 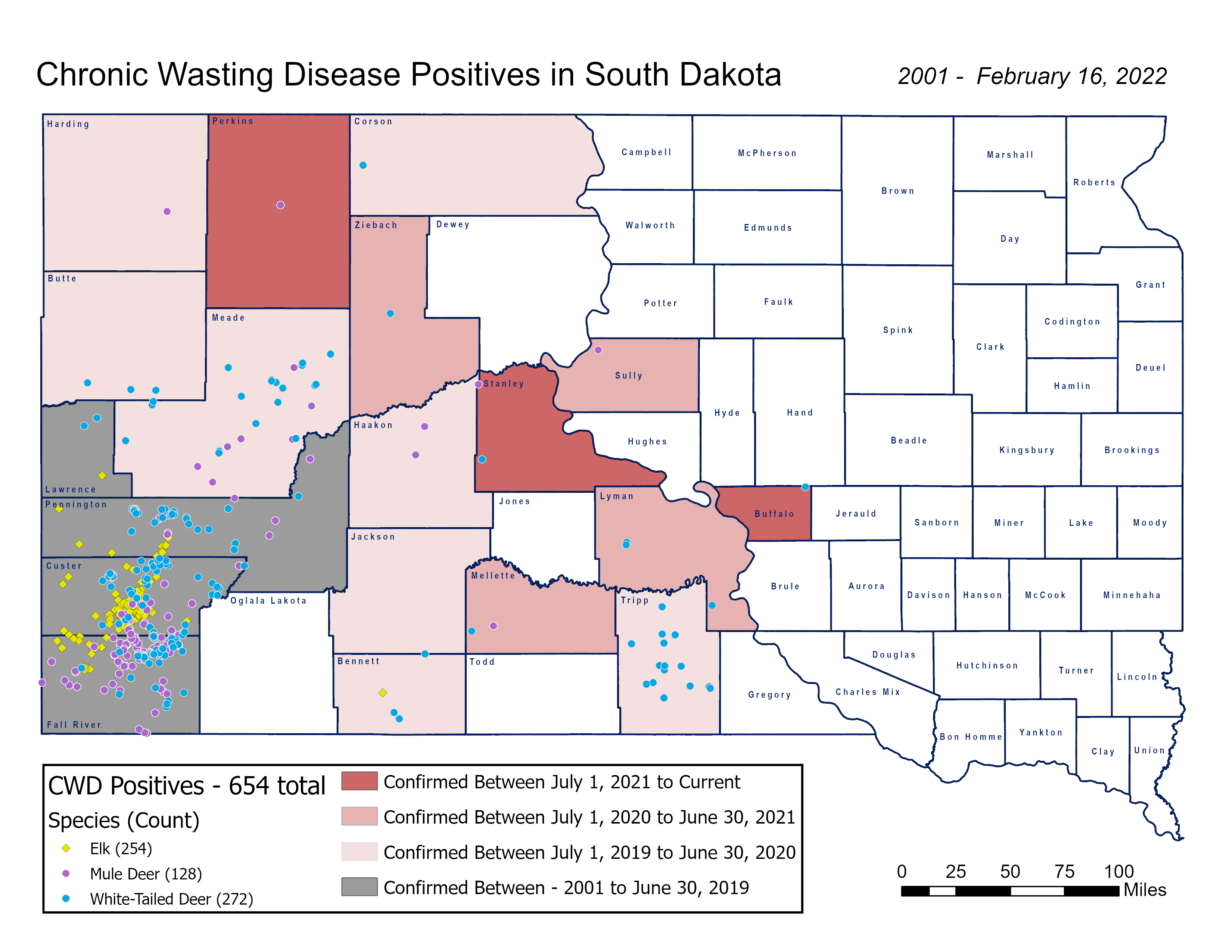 How often does CWD occur?