Where is this study taking place?

Biologists in the Ft. Pierre Fisheries Office have started a project working with Dr. Mark Pegg from the University of Nebraska-Lincoln to study the Flathead Catfish population in Lake Sharpe. Little is known about Flatheads in Sharpe as they have rarely been captured during standard fisheries surveys but it appears that their numbers may be increasing in recent years.

How are the fish being studied? 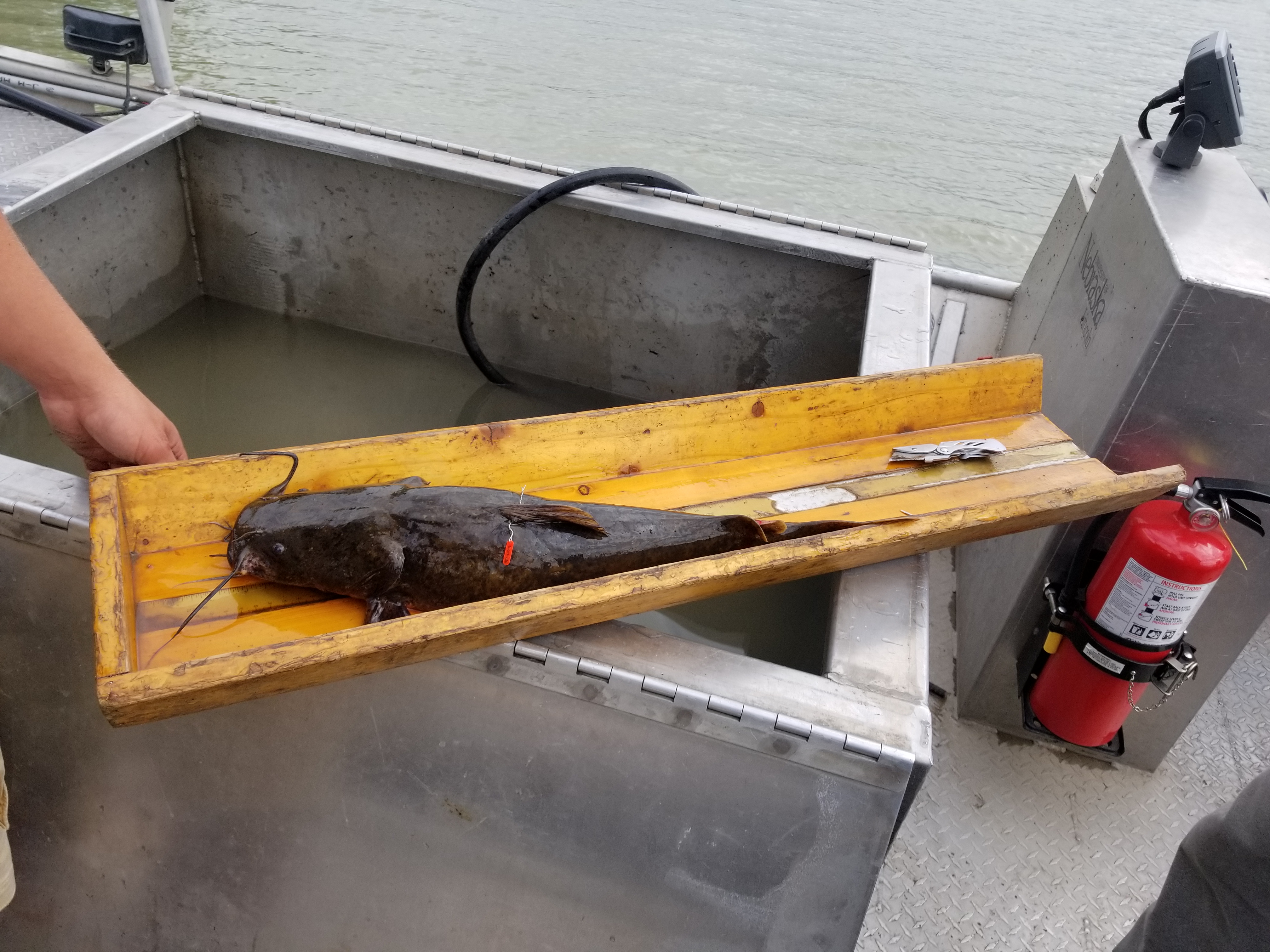 We have begun marking fish with Carlin dangler tags in order to estimate population size and angler catch-rates.

What are the future plans for this study?

In the future we hope to implant fish with acoustic transmitters to determine their movements and habitat use, and study their diets to determine if/how they may overlap with other predatory species such as Walleye and Smallmouth Bass in the reservoir.

How can anglers help out?

Anglers who catch a tagged (or untagged) Flathead Catfish in Lake Sharpe are encouraged to report their catch to Ft. Pierre Fisheries Staff and can contact Cameron Goble at Cameron.Goble@state.sd.us to learn more about this study. 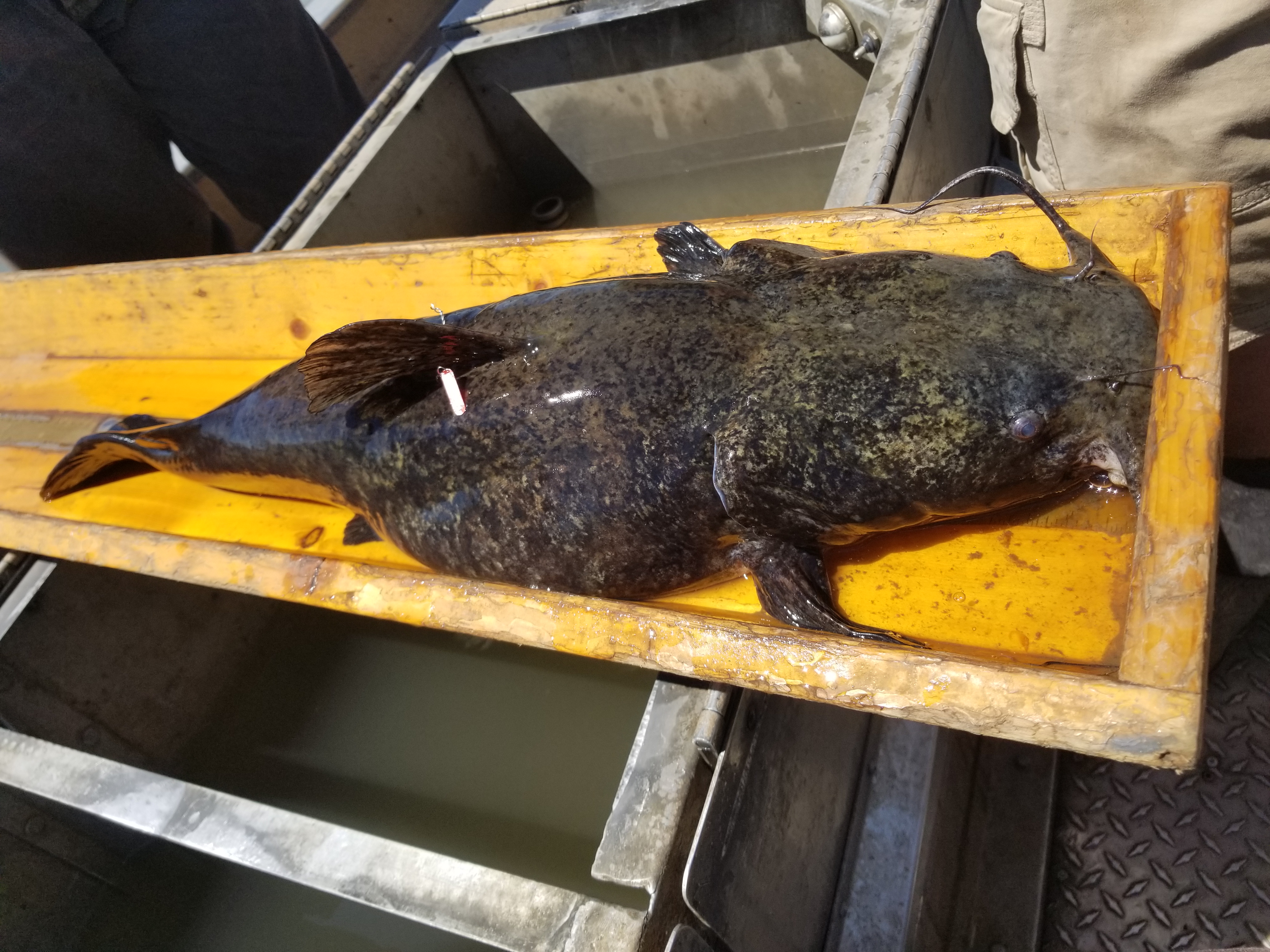 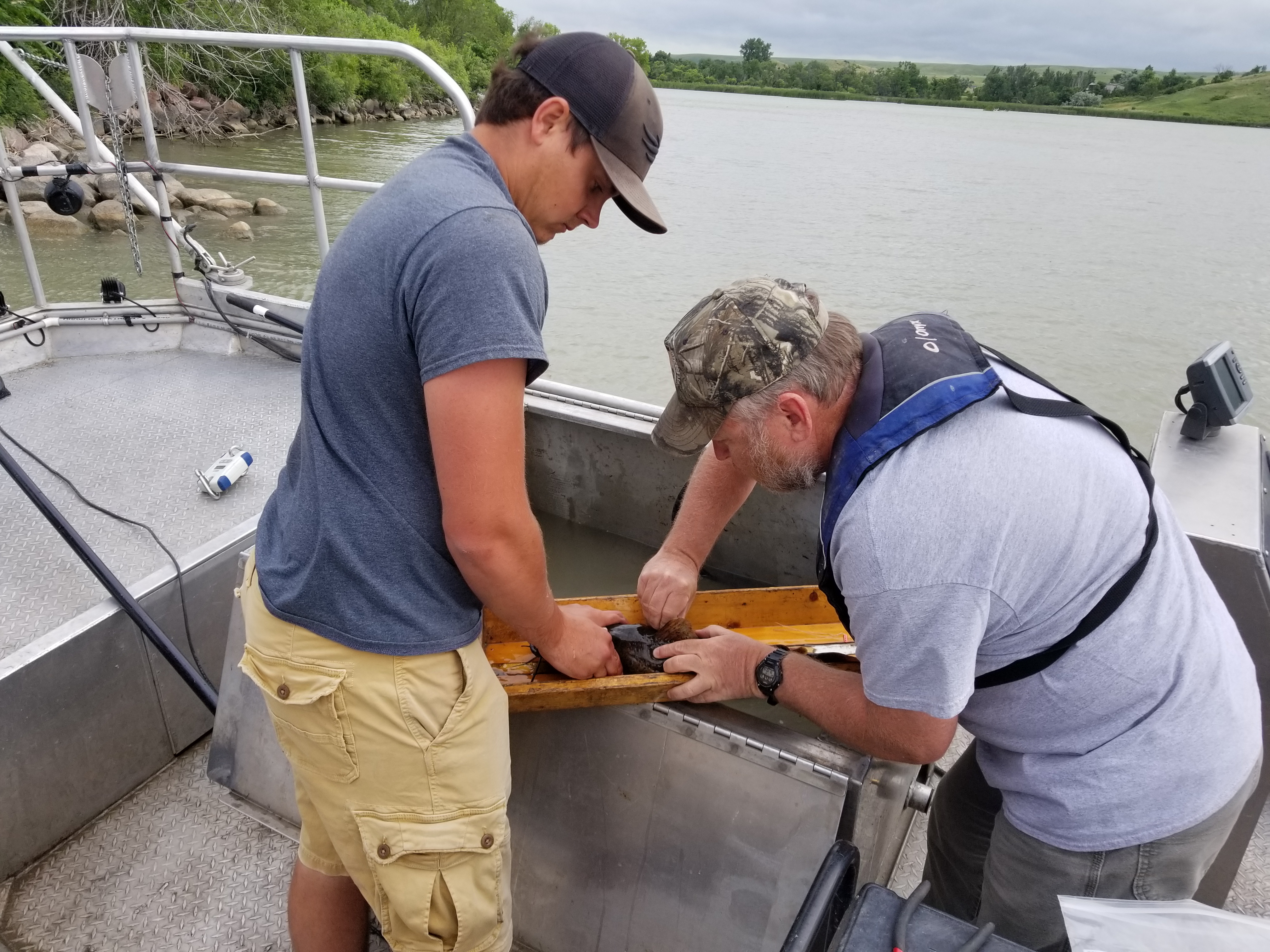